How to Support Your Glymphatic System to Improve Brain Function 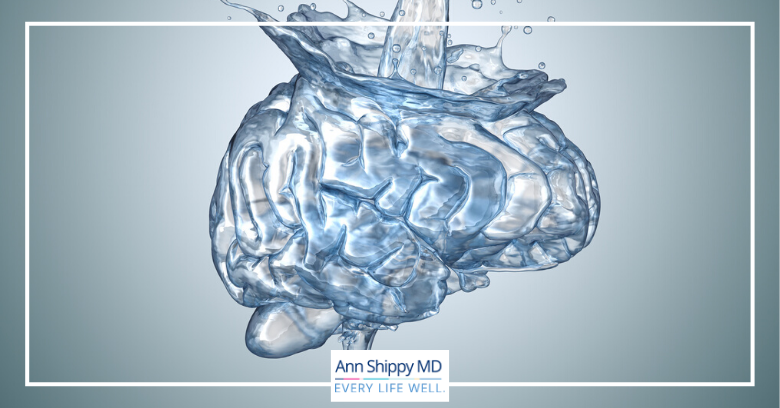 The brain never stops working, and its processes generate waste. The body manages its waste via the lymphatic system, but the brain doesn’t use that system. So how does the brain clear waste? Until surprisingly recently, even top neuroscientists couldn’t answer this question.

The brain is largely shut off from the rest of the body via a blood-brain barrier and a blood-cerebral spinal fluid (CSF) barrier. These barriers, when working well, allow only one-way travel of oxygen, nutrients, and chemical messages from the bloodstream and spinal fluid into the brain. Given this is usually a one-way-only system, the mystery of how the waste products were removed was particularly challenging.

Then, in 2012, using fluorescent markers in mice, Maiken Nedergaard and her colleagues at the University of Rochester Medical Center (URMC) discovered the glymphatic system. They tracked the movement of fluids through special channels from the spinal column to the brain cavity, where they cleared surplus or toxic materials from corresponding brain fluids.
The glymphatic system has subsequently been described in detail in many pioneering articles.

How is this similar to the lymphatic system?

Because of its similarity – and, as it turns out, connection – to the lymph system, combined with the role played by glial cells, this brain waste clearance network eventually became known as the “glial-lymphatic,” the “g-lymphatic” and finally the “glymphatic” system.

In the brain and spinal cord, astroglial cells form drainage routes – generally alongside veins and arteries – that eventually connect to the lymphatic system via a complex of nerves, vessels and the dura (the tough outer membrane covering the brain) at the skull’s entry/exit points. Flow through the glymphatic system is driven by cerebrovascular pulsation and facilitated by changes in glial water as it flows through aquaporins (channels across cell membranes).

But the glymphatic system is more than just the brain’s waste disposal system. Researchers are finding that it also plays roles in the distribution of growth factors, brain function modulators, glucose, lipids, and amino acids. At this point, though, there is understandably a tremendous amount to be explored and clarified. For example, while the glymphatic system does connect downstream to the lymphatic system, little is understood about how these two systems interact.

How does the lymphatic system itself work?

Lymph is a fluid produced in various organs, including the thymus gland, the tonsils and the appendix. While its high concentration of white blood cells makes it a major component of the immune system, it also eliminates excess water and other by-products of cellular activity. The lymphatic system is a network of organs, nodes, vessels and ducts that respectively produces, stores and delivers lymph to the tissues where it is needed, then drains it into the bloodstream. Along with the waste materials, bacteria and toxins it binds to, lymph is eventually filtered out and eliminated with other bodily waste. Again, in the brain, however, these tasks are performed mainly by the glymphatic system.

How was the glymphatic system discovered?

Breakthrough work done by researchers to understand Alzheimer’s disease led to the discovery of this network. Furthermore, study of the sleep cycles and waste clearance from the brain shed further light on how the glymphatic system works, and scientists started to investigate how maintaining effective brain waste drainage could be influenced by our sleep cycles. So if we understand and optimize this drainage pathway and use it as a target for medical intervention, we could reduce cognitive decline and other disorders. The huge potential of understanding our glymphatic system to make better health decisions became apparent very rapidly.

How is sleep associated with our glymphatic system?

When it became clear that most glymphatic activities take place during sleep cycles, researchers started to investigate the relationships between sleep and brain waste drainage. While this field of research is still in the early stages, the results-to-date suggest tremendous potential. It is likely, for instance, that maintaining glymphatic processes via targeted interventions will one day slow cognitive decline and related disorders.

The brain’s interstitial spaces (that is, the spaces between the various layers of tissue) are where active waste exchange occurs. During sleep cycles, the interstitial volume increases, suggesting that enhanced waste clearance takes place at those times. Increasing evidence supports a theory that neurons actually expel many of their contents during sleep, leading to increases of up to 60% in the interstitial space and necessitating increased clearance of toxins and superfluous materials. If further evidence confirms this relationship, it will work alongside findings on trauma- or age-related sleep disruptions linking inefficient glymphatic processes to abnormal brain functionality.

How is aging related to brain function and the glymphatic system?

Recent research has revealed how the quality of our sleep can impact the ability of our brain to clear waste and toxins efficiently. As we age, sleep can become disturbed and occur in shorter or lighter phases. Another study investigated and potentially explains the links between aging, sleep deprivation, and heightened risk for Alzheimer’s disease. This study concluded not only that sleep is critical for the normal functioning of the glymphatic system, but also that the deeper the sleep, the more efficient the process of waste removal from the brain. In addition, the same study confirmed a link between poor sleep quality, especially sleep deprivation, and the onset of Alzheimer’s (AD) and other dementia. They also found that slow and steady brain function and steady cardiopulmonary activity, both of which are associated with deep non-REM sleep, are conducive to optimal functioning of the glymphatic system. Other studies link environmental toxins including aluminum and others to Alzheimer’s… which makes sense considering what we are learning about the glymph system working to remove toxins from the brain.

What are the ways you would target our glymphatic system to ensure we can improve our overall health?

Ensuring high quality of sleep – ideally through non-pharmaceutical means – is crucial. While this includes limiting caffeine and alcohol intake and going to bed at a reasonable hour, these are just the first steps toward better sleep hygiene. Others include establishing a stable routine that prepares you for sleep. For example, particularly in northern areas, where long winter nights can disrupt bodily rhythms, research has shown that exposure to certain wavelengths of blue light that mimics that of the morning sky can have a strong effect on the nighttime release of sleep-inducing hormones like melatonin; conversely, evening exposure to a blue computer monitor can suppress the release of those hormones, thereby delaying normal sleep onset.

Nutrition is also an important factor. Diets high in sugar, salt, animal-based proteins and fat and/or low in fruits and vegetables have been linked with a higher risk of Alzheimer’s disease. Furthermore, by affecting cortisol secretion, certain foods can reduce sleep quality. So diets and nutritional interventions aimed at restoring cortisol concentrations may ease sleep disorders and may facilitate brain clearance, thereby reducing the risk of cognitive impairment and dementia.

Which nutrients would you recommend for effective functioning of the glymphatic system?

Given the connection between healthy sleep cycles and glymphatic functions, nutrients that promote sound sleep are an excellent place to start. This would include foods and supplements known to positively affect cortisol regulation.

Supplementation combining the phospholipid phosphatidylserine with omega-3 PUFAs were shown to reduce cortisol concentrations and to help regulate circadian rhythm of salivary cortisol, reducing symptoms in elderly subjects with major depression. For this reason, phosphatidylserine alone or in combination with omega-3 polyunsaturated fatty acids might positively regulate sleep quality, thereby preserving or improving brain functions. (Click here for an omega-3 supplement that I recommend.)

It is known that magnesium deficiency is strongly correlated with insomnia, and that, coupled with an excess of calcium, magnesium deficits may contribute to  major depression and other mental health problems. And even studies as short as one week have shown that sufficient potassium is important to guarantee sleep duration.

Sleep deprivation can also cause a decrease of creatine in the brain, which has been suggested to lead to adverse effects on cognition, mood and psychomotor performance. Therefore, creatine supplements might help reduce these negative effects.

Even our body posture can affect the glymphatic processes. In rat studies, it has been proven that a lateral (side) sleeping position is better for brain waste clearance than when the head is more upright. So even our position when we are sleeping can affect our brain and waste drainage.

What are the key takeaways?

Here are the healthy habits and practices I recommend to support your glymphatic system:

(Note: Some links on this page may provide me a small commission if you purchase from their store. These statements have not been evaluated by the Food and Drug Administration.) 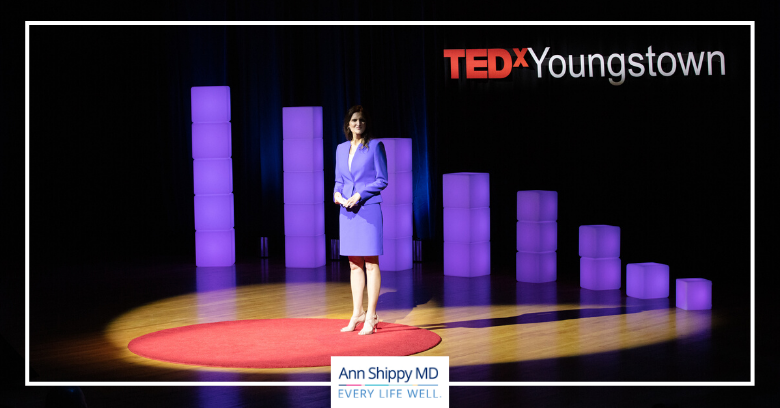 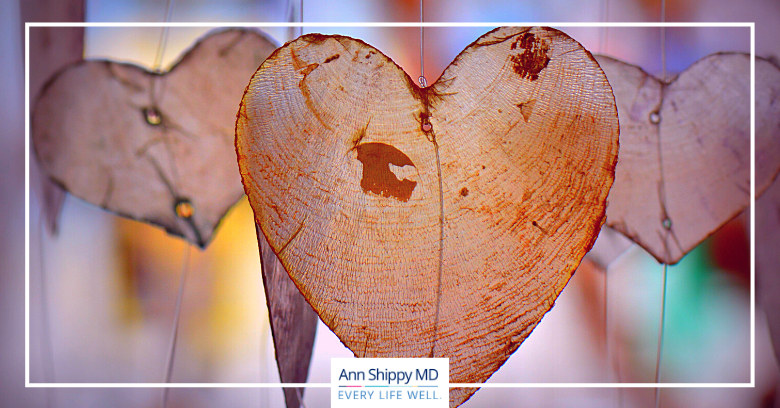 Self-Care Is More Important Than Ever 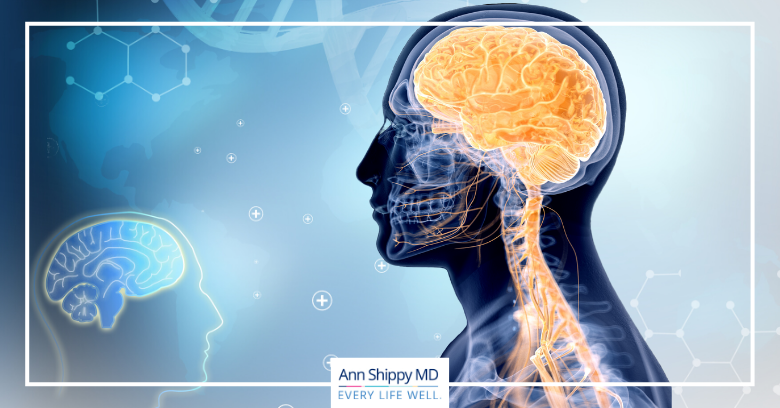 The Limbic Loop – The Missing Piece Of Your Healing Puzzle?

Make sure this account has posts available on instagram.com.